Living as a nomad in exile in Europe and North Africa, Iranian-born artist Firouz FarmanFarmaian actively engages in bridging dialogues between past and future, east and west, archaic craft and innovative technology. Through his socially engaged practice, he focuses on the themes of history, identity and immaterial substance of memory and the post-tribal.

Firouz will represent The Kyrgyz Republic in the country's first-ever national pavilion at the Venice Biennale 2022. Curated by Janet Rady, the presentation titled Gates of Turan refers to "the land of the Tur", a historic region encompassing modern Uzbekistan, Kazakhstan, Kyrgyzstan, Tajikistan, Turkmenistan and northern parts of Afghanistan and Pakistan. Drawing on his shared tribal heritage with the Turanian nomads of Kyrgyz, who were originally an Iranian tribe of the Avestan age, the artist will present a multi-sensory installation featuring hand-stitched, hand-felted Shyrdaks created in collaboration with the Altyn Kol Women Handicraft Cooperative in The Kyrgyz Republic.

We had a chat with Firouz to find out more about The Kyrgyz Republic Pavilion. In an exclusive Widewalls interview, the artist talks about displacement, his tribal heritage, the Turanian nomads of Kyrgyz, the ancient craft of making Shyrdaks, the experience of working with the Altyn Kol cooperative and much more. 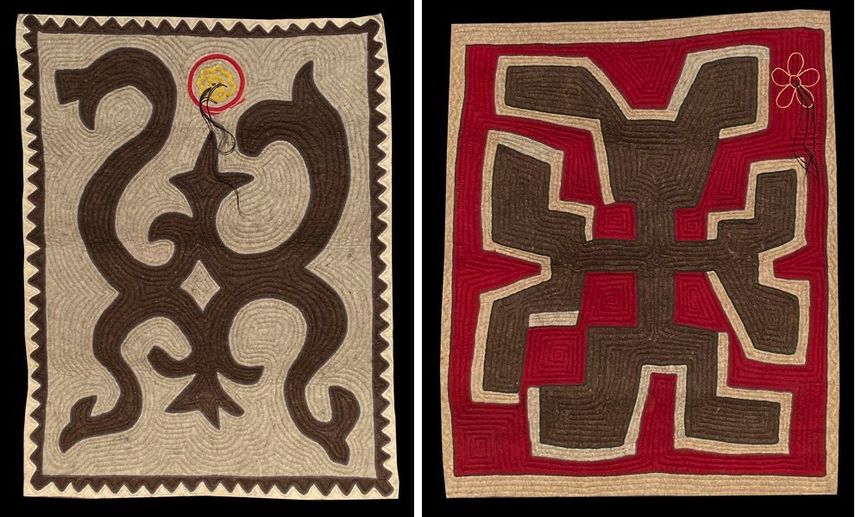 Living as a Nomad

Widewalls: Venice Biennale 2022 will present the first-ever The Republic of Kyrgyz Pavilion. What does it mean for you to represent the country on this historic occasion?

Firouz FarmanFarmaian: It’s an honor, but also a tribune. A Venice Tribune to raise a voice on immediate radical issues, primarily related to the immediate need of reconnection to mother earth that is at the core of immemorial Kyrgyz Nomadic Culture. A tribune to denounce the materialistic excesses of the art world and the greed of our advanced societies consumed by the need for an immediate result, productivity and senseless waste. A tribune to announce that beauty is to be back in order to operate an Ecology of Soul, and to start blacklisting Damian Hirsts and consorts.

Widewalls: Born in Iran, you have been living as a nomad in exile in Europe and North Africa. How has this experience of displacement informed your practice?

FFF: A long line of exhibitions led to this year’s Kyrgyz Pavilion Biennale di Venezia Gates of Turan, with its inauguration incepted with the "Nomadic Displacement" foundational installation at Marrakech Musée in 2017. I had slowly moved from a segment of my work dedicated to Organic Abstraction to focus on concepts of personal identity and memory related to exile and displacement, echoing nomadic emotions present since the uprooting of my family following the Iranian Islamic Revolution. The idea of "Heimat" as in the projection of the idea of home established kinship with archaic nomadic cultures, starting with the Berber I went to collaborate for seven years through shows and installations in New York, London and Marrakech. I then turned to personal myth and the ancient Turkic descent of my own tribe. The path led me to Kyrgyzstan.

The Republic of Kyrgyz Pavilion at Venice Biennale

Widewalls: Titled Gates of Turan, your project in Venice draws on your shared tribal heritage with the Turanian nomads of Kyrgyz. Could you tell us more about "the land of the Tur" and the way this particular heritage fits into your practice?

FFF: The National Kyrgyz Epic - The Manas - has singular similarities with the Persian Shahname Epic: both were conceived circa the year 1000, just around the corner from the Islamic conquests. The Shahnameh Depicts in an important segment the old differences between warring Sakka tribes. The Sakka - or Scythes - are the ancient Indo-European migrations separating and flowing through Northern Persia, as others settled in central Asia while the main thrust went into Europe. Long wars raged between the Sakka around 3000BC.

It’s said that peace was finally brokered, as the Shahnameh says, through an archer who fired an arrow containing his soul into the valley of Fergana, on the border of modern Kyrgyzstan creating the land of Turan. So, we have this shared myth between our cultures.

Widewalls: The multi-sensory installation at the Pavilion will include eight hand-stitched, hand-felted Shyrdaks. Could you first introduce us to this ancient craft and the place it occupies in the Kyrgyz culture?

FFF: Felt has been used to build yurts, the interiors of yurts and the flooring and carpet of yurts, which have protected the Kyrgyz people from the cold throughout history. A Kyrgyz person is also born in white felt and is buried in white felt. Felt is at the centre of the beginning and the end of nomadic Kyrgyz life. The wool comes from sheep and yak. As yak is believed to be sacred, the wool cannot be taken from the animal unless it falls off naturally, or from its tail. As it is very strong, the yak wool is used to finalize details and stitch the Yurt together.

The industry of wool was striving under the Soviet Union with about 40 million sheep producing the wool necessary for all the felt making which would be exported to Soviet Union territories. But, with the fall of the Soviet wall and the liberal installation of market forces, the Kyrgyz were unable to adapt, and the market dropped, threatening the entire wool industry and the craftsmanship at the heart of it. But this does not consider the force of the imagination of the Kyrgyz people who have been living with the myth of The Manas for a thousand years, and from one generation to the other, craftswomen are still able to pass on this ancient craft. It is central to this project to highlight this skill and knowledge, through the idea of transformation and preservation.

Felt creates these ancient rugs which Kyrgyz people call Shyrdaks. Up until the fall of the Soviet Wall, Shyrdaks were still objects that were passed on ceremonially for weddings or donations, between families, and they were mostly round as a yurt is round. It is only since NGOs such as Altyn Kol (in this case funded by a Swiss foundation) helped the Kyrgyz transition into the western market, and therefore we started to see smaller square versions of the traditional rugs. Until then this practice was entirely traditional. Shyrdaks are developed around the idea of spiritual, cosmological and tribal symbolism, which they call Oimo, which contains a vast vocabulary encompassing a wide range of spiritual practices present in this region, including shamanism, Zoroastrianism, even Buddhism. The combinations and constellations of these forms inspired me greatly, out of which I chose several to express the profound meaning of the show. Of those that I chose, you’ll find one which expresses freedom, which is the eagle Oimo, and the path, Jol, which resembles the images of a tribal Keith Herring image, but it actually symbolizes the path of life, amongst others.

Widewalls: To create these works, you have spent eight months working with the Altyn Kol Women Handicraft Cooperative in The Kyrgyz Republic. What was this experience like? Could you walk us through the working process behind the pieces that will be featured?

FFF: These pieces are a result of hundreds of hours of collaborative work and discussion with the craftswoman of Altyn Kol, sometimes as many as 10 of them working on a single piece at a time to produce these intricate works. The exhibition was also organized closely with the Kyrgyz Minister of Culture, to ensure the collaboration worked harmoniously, creating a project which honors ancient Kyrgyz practices, whilst bringing them to a modern audience.

Widewalls: This is not your first time working with tribal communities, as the Venice presentation follows your 2019 collaboration with the Berbers of North Africa. How do you think the working process itself contributes to generating meaning? Also, how does it fit into your ongoing search for your identity in this world?

FFF: Following the long years of working with the Berbers in Morocco - where I created the blueprint of my post tribal vision - I turned my gaze towards personal myth, and the myth of my own Tribe the Qajar going back 500 years, back North of the Aral Sea and possibly towards the Fergana Valley. The junction of these two explorations sent me on a collision course with Kyrgyzstan, which due to its fierce independent stance has stood mostly untouched through the ages, holding the most pristine nomadic culture of all Central Asia, and the Turanic area.

I function through history, memory and the idea of transformation. To preserve this, I was obliged to link the idea of personal myth to the vision of the post tribal, which I had engineered or pieced together with the Berbers. The meeting of these two elements came together under The Gates of Turan.

Widewalls: Following the opening of The Republic of Kyrgyz Pavilion, what is next for you?

FFF: The ancient Turkic descent of my own tribe, and specifically the kinship I feel with Kyrgyzstan’s nomadic culture and tribal cosmogonies, led me to the notion of a "post-tribal", which relates to the idea that there is a common archaic sub-vortex which unites us all – one which is preindustrial, almost pre-civilizational.

I feel there is so much more to be done to unpack this, on the path to universal connectivity – planetary unity - the forms to invent are endless. In this instance, I am working on a follow-up proposal in view of the 2023 Helsinki Biennale.